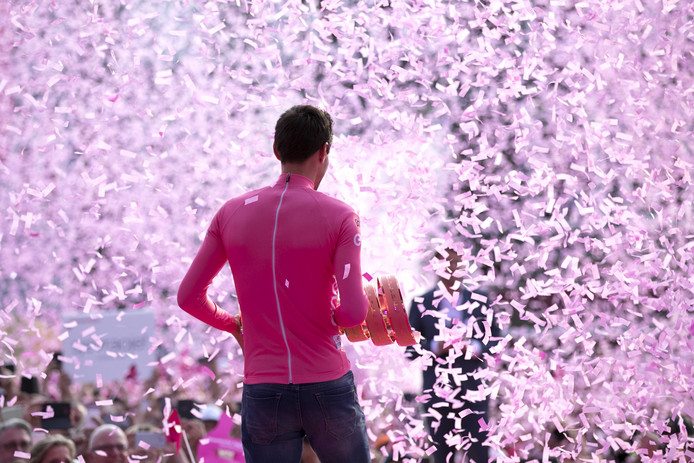 The 100th edition of the Giro d’Italia led to a staggering apatheosis with Tom Dumoulin as the final winner. Therefore he makes history because Tom is the first male Dutch winner ever of de Giro d’Italia. Maastricht colored pink on Wednesday 31 May! The pride of the Netherlands was honored on the Markt after his victory in the Giro d’Italia.Thousands of cycling fans from all over the Netherlands went to Maastricht to celebrate and over 800.000 people watched the special honoring at home. On behalf of JOVO Sports Management FabriQ took, within a timeframe from less than 24 hours, care of the technical production of this special event.